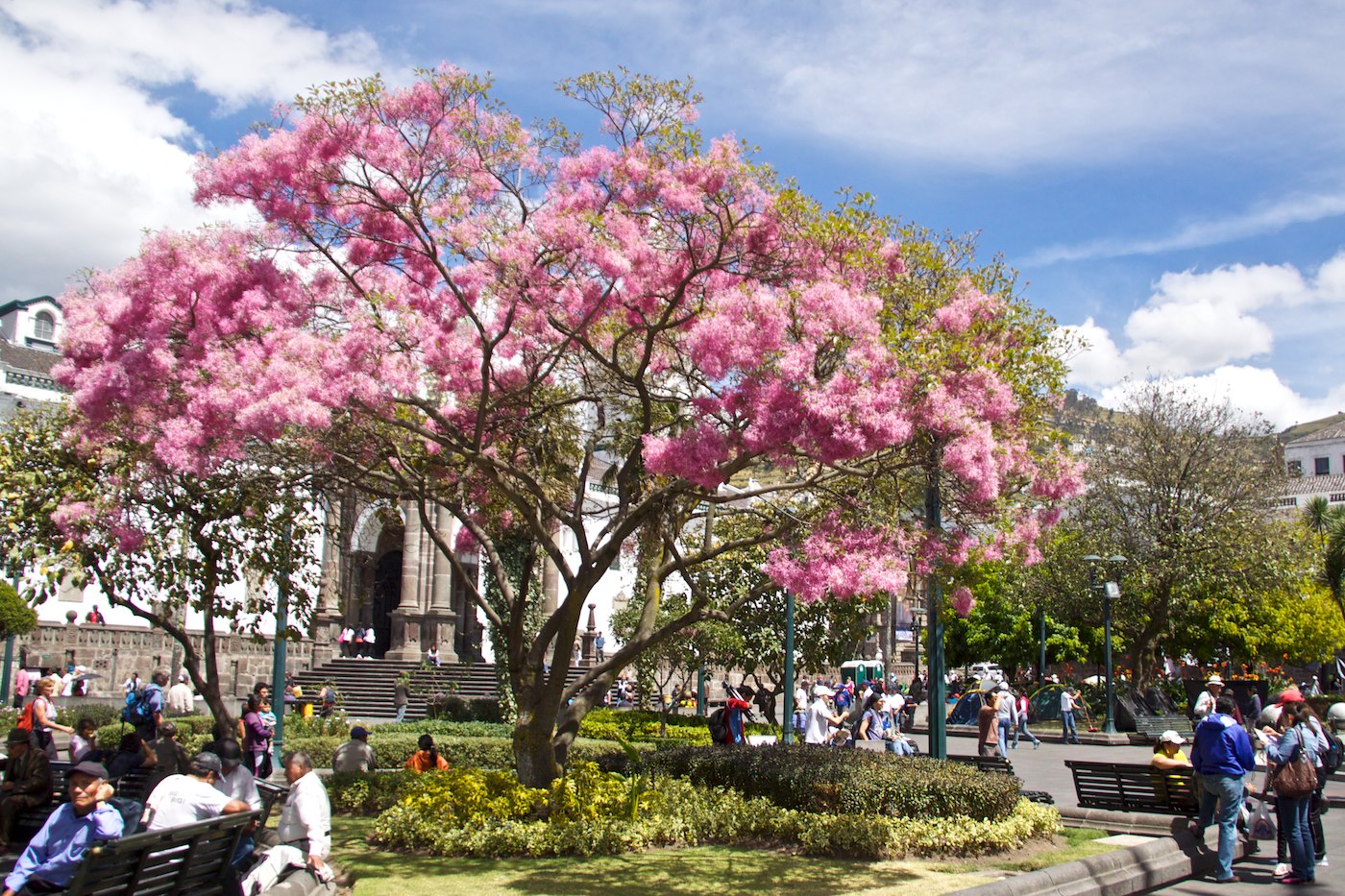 Summer in Quito; The blooming Arupo

Quito is a wonderful and quite complicated city to understand throughout the year. Ecuador’s capital may be known for its very unpredictable weather due to the powerful sun in the morning and the strong wind in the evenings. Some may argue that Quito has one season only throughout the year; the “wear a short sleeve shirt and be prepared to bear with the sun but take a jacket just in case because you know, it is Quito after all”.

With that being said you might probably think that the flora is very linear as well, but it is not. Despite of its unpredictability and uncertainty, there are many factors that might be used as signs to forecast the season of the year in Quito. One of those signs is the Arupo tree, which is also known by all scientists as Chionanthus Pubescens Kunth, but by all ecuadorians it is only known as Arupo.

This native tree can only be found in Ecuador and in some parts of northern Peru and we can even say that the Arupo tree is one of our “Hey, it’s summer guys” kind of sign. From the months of August until September we can see the way in which this tree starts to bloom. The beautiful thing from this tree is that its species covers the whole capital, meaning that there is not one concentrated spot where you can witness all of the blooming at once. Regardless of where you are, the historic centre or the northern part of Quito: it is almost granted to see at least one blooming Arupo in a park, or on the streets.

All Ecuadorians and Quiteños love their Arupo due to many reasons.

Patience, patience is what they say

The first one could be that it is a challenge to all those who need a little bit of patience in their lives. The reason being that Arupos take many years to flourish. Even though the planting process is very simple and requires little to no complex science at all, the process that follows is the hard part because you will basically have to take care of something that does not yet “produce” so to speak. You will have to water it every day a little, preferably in the morning according to a woman we crossed paths in the street, because that way they will be ready to flourish during July, August and September.

Colors that captivate
There are many reasons behind the true value of the Arupo. The color is one of the main arguments used by a lot of Ecuadorians. The thing is that in the middle of such a commercial and moving city, it is beautiful to see how the city comes back to life with such colors. There are two main colors; the pink and the purple Arupos. Both of them draw your attention immediately. The pink one for instance will make your mind think of cotton candy, it is the texture mainly that makes our minds picture softness and tenderness such as those from the children’s beloved cotton candy. It is so captivating that you may even feel tempted to touch them and caress them. The purple trees on the other hand do not really look like anything edible in particular but its soft texture and its rareness makes them even more special and unique.

The Arupo, as I mentioned before, is a native Ecuadorian tree that can only found here and in some cities in the northern area of Peru. Even though it can only be found in these two countries, it is almost impossible to think that the Arupo is somehow related to the olive tree in Spain. Yes, you read it right. When the Arupo is about to flower a small little fruit blooms as well. Its appearance and color is identical to the one of an olive, hence it is safe to say that perhaps the Arupo has some ancient history and relation to the mediterranean olive tree.

We know you are probably impatient to know where you can see it and go to take a great picture to share it with all your friends and family. So here goes, 3 spots where we suggest you should be taking instagram-worthy pictures.

“The Arupo, the tree that teaches all Ecuadorians just how rewarding patience may be”