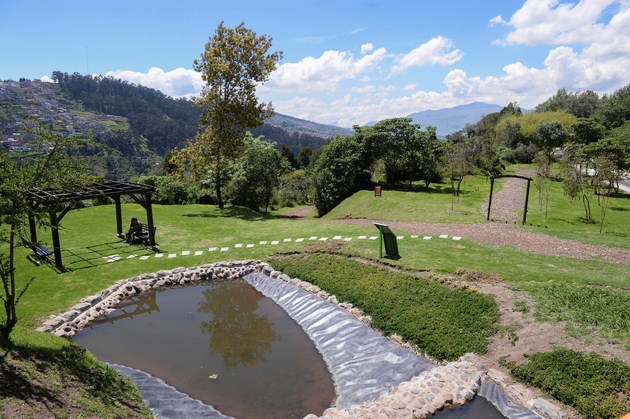 People around the street say that small homes may hide big secrets. Today we are going to talk about Quito as a home with many hidden stories being the secrets.

Throughout time Quito has proven to be a city full of wonders, places and new things to discover. By being a real quiteña, a person who has grown up in Quito, I thought I knew a good variety of things about my city.

Nevertheless it looks like everytime I walk out the door, I am amazed by the amount of things I did not know about before. The stories that you will now read about are different and organic from the ones we are accustomed and we hope they serve to you as tools to explore around Quito. Throughout this blog post you will find out about how special some places in our city are and just how much value there is to them.

1. The Itchimbia Park is home to 400 species
This park has always been tagged as the go-to place for your morning jog, picnic lunch or a romantic date with your favorite person. The truth is that everyone has liked the park for being as everyone says “a really nice park”.

Little do people know about its great value. This park is so valuable due to many reasons. The fact that it is located away from society allows you to take a break from the daily duties and open up to the real world. Its size of 54 hectares makes it an attracting place to all those who want to disconnect from the world and try to get lost in the beauty of nature.

By walking to the top of the park, people are able to view Quito through different eyes. There is a lookout where everyone can enjoy a panoramic view of the whole city.

The beautiful thing about this is that you can sit down in peace, surrounded by hundreds of species of flowers such as bromeliads, orchids, among others while you look at Quito moving and lighting up like little stars.

2. Colonialism and Quito
Quito is recognized by many other countries for being the inspiration for the so-called “Shout-out for Independence”. The truth is that Quito was the first city in that time that decided to stand up against the Spaniards and become independent from all the conquest.

However, before all of this happened there was an era where Spaniards and Ecuadorians had to cope with each other. Religion was one of the methods used by both parties to co-exist with each other.

We all know the Spaniards are the ones that brought cristianism to the country. However have we ever cared about where they started to practice their religion here? To be honest, I did not even bother to research deep into it but once you put that idea in your mind it is hard to get it off you.

The Belen Church or Iglesia de El Belen is the first church in the whole existence of Quito where the Spaniards decided to have their first mass. Why is this interesting? Simple, knowing these kind of facts shape our minds and perspectives in different ways. For instance, in my case I picture the time where Spaniards walk right next to me.

3. Quito’s own and original balcony

La Chorrera could be declared as the natural balcony in Quito. Very few people have visitied this little spot in town. The truth is that its accesibility has created a sort of border between the city and this waterfall.

Located in the town of La Chorrera without much signs nor advertisement, many people are unaware of its existence and pretty much decide to ignore it without realizing just how interesting it is.

Its name comes from the Spanish word “chorro” meaning little drizzle of water. In the 80s, the neighbors were accustomed to play soccer on the streets, hide and seek and talk about sports.

The beautiful thing about this place is that it still remains clean and simple which makes it the perfect off-the map place for anyone willing to visit us.